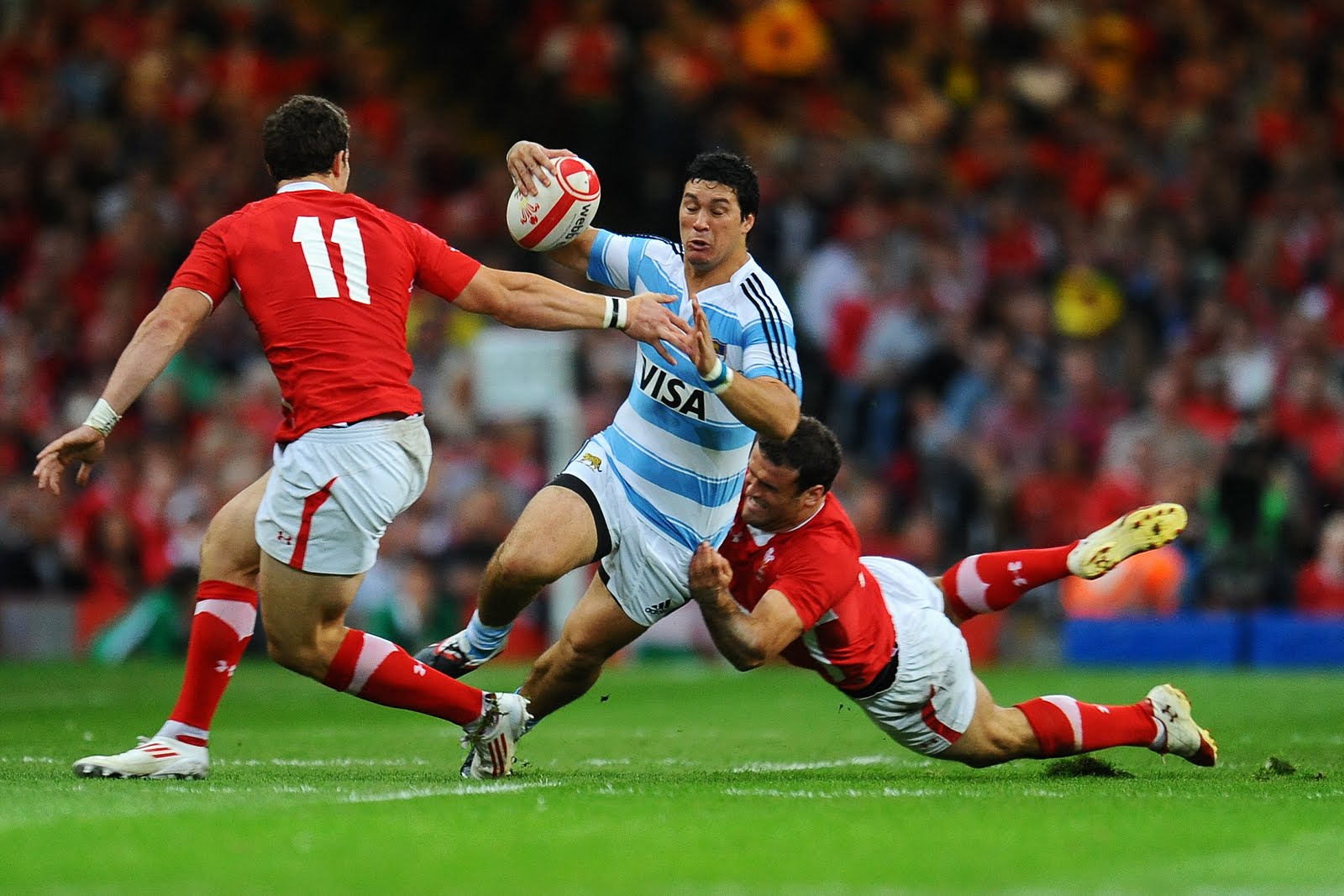 Warren Gatland will continue to develop his exciting crop of young Welsh players against South Africa and Argentina in this summer’s tour.  Wales finished as highly credible runners up in this year’s Six Nations despite missing many senior personnel through injury and Gatland will use this summer tour to give his standout performers from the tournement a little more gametime.

Our computer model anticipates a narrow loss for Wales against Argentina. [NB. We haven’t predicted both Argentina matches as the predicted outcome would be the same. These will be updated as the tour progresses.]

If you’d like to bet based on these predictions, please see here for our specific tips relative to the bookies.

However, it also predicted a slight loss against South Africa so clearly these games are extremely tight.

In recent seasons Wales have registered strong results at home but have only won two away fixtures since the start of 2016, and those were against Italy and Samoa. Victories in America and Argentina would be helpful to improve the squad’s recent away form, but it will be tough. 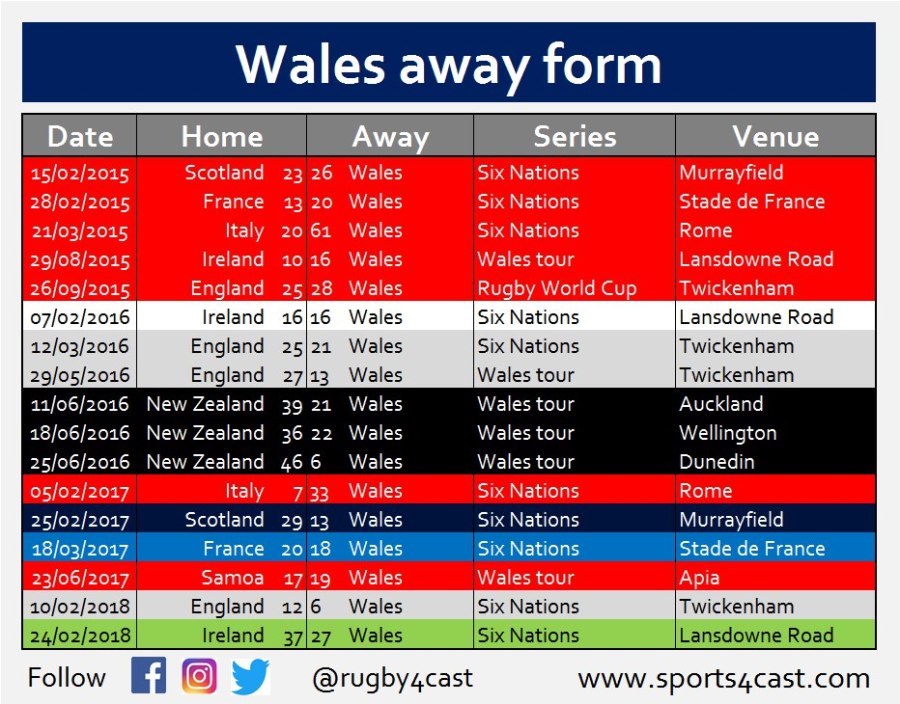 Historically, South Africa have had an exceptionally strong record against Wales, but recently the Welsh have been hitting back. Incoming head coach Rassie Erasmus will be looking to get off to a winning start and gain some momentum on American soil prior to a difficult trio of fixtures against England in South Africa. This game will be a good one to watch to gain an indication of South African form ahead of the series.

Argentina’s world ranking has slipped in recent seasons from 5th in 2016 to their current standing of 9th. This follows a series of consecutive defeats to top tier nations – since the start of the 2016/17 season they have registered only one victory (against Italy in 2017). This decline in form has been primarily attributed to the decision to block players overseas from being eligible for Los Pumas following the formation of the domestically based Jaguares Super Rugby side in 2015. 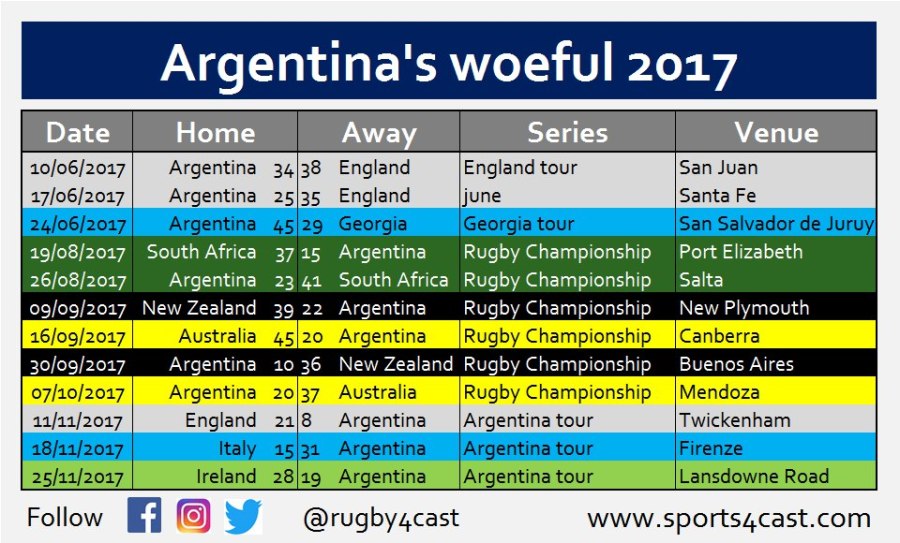 With the Jaguares providing the vast majority of Argentine national team players, their form is therefore an important reference point. In this regard Wales will meet an in-form side with the Jaguares recently notching up consecutive away victories in Australia and New Zealand to the Rebels, Brumbies, Blues and Chiefs in recent fixtures.

Wales have always been ranked below South Africa in the past 40 years but this gap has narrowed in recent years, currently standing at its closest ever margin. With the fixture played at a neutral venue no team will benefit from the home advantage (deemed by World Rugby to be worth three ranking points) meaning the two teams are separated by just 0.4 World Ranking points – one of the reasons why our computer has such a tight game forecast.

Meanwhile, Argentina and Wales have leapfrogged each other’s world ranking several times, however in recent years the Welsh have been largely ahead. Despite this, home advantage gives Argentina a slight edge in our match predictions against the Welsh.

We expect close run games for Wales in this summer’s test matches. With South Africa and Argentina both trying to recapture some winning form it represents an ideal smash-and-grab opportunity for Wales’ young touring side to notch up some rare victories away from the Principality Stadium a year out from the World Cup.