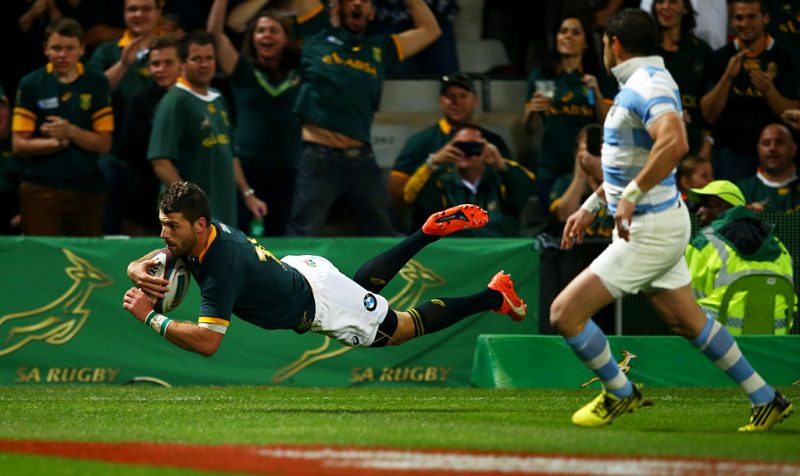 The Rugby Championship kicks off this weekend with Australia welcoming New Zealand, and South Africa Argentina. So what’s likely to happen in these opening fixtures? Well read on, you fine individual, we’ve got all the details…

Our model gives New Zealand and South Africa fairly comfortable chances of victory in the opening weekend. For the full run down, see below.

Australia and New Zealand kick off the first in the three match Bledisloe Cup series in Sydney (with the third match played outside of the Rugby Championship, in Yokohama at the end of October).

The history between the two sides playing in Australia is rather respectable for the Wallabies, with the Australians winning nine and the New Zealanders 13, and two draws. The Australians won the last match between the two, ending a seven match losing streak to the All Blacks with a well earned 23-18 home victory.

Australia will be looking to rebound off the back of their recent series loss to the Irish, losing two of three tight games for a first series defeat to the men in green since 1979. With a bit of a resurgence in Australian club rugby in recent months, reaping the benefits of reducing their club sides from five to four. It will be interesting to see if this is carried through to a national level.

New Zealand, as ever, have an enviable record, both home and away. With only two away defeats in the past 3 years, it’s tough to look past them when asked to predict the match outcome. However, both those defeats were to Australia, so perhaps there is more than a little hope for the Wallabies on Sunday. 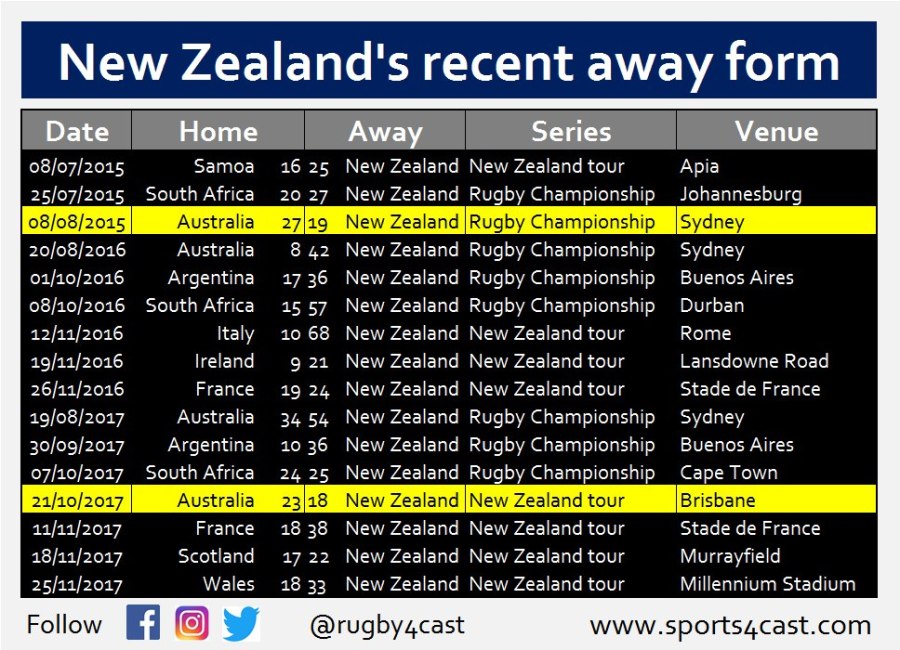 New Zealand enjoy a comfortable lead over the Australians in the World Rankings, with an almost 10 point lead over fifth placed Australia. Home advantage is deemed to be worth three points however, so this will be cut to a seven point lead with the match being played in Sydney.

South Africa welcome Argentina to Durban on Saturday for their opening fixture. The Springboks will be looking to continue their recent resurgence with a strong home performance. They are favourites, having won every home match bar one against the Argentines and, with the line ups are likely to be a repeat of the Lions and the Jaguares Super Rugby quarter final, which the Lions won 40-23, there are a good reasons to be confident for the South African fans.

South Africa’s recent home form has been good and, with a series win against England in June, new coach Rassie Erasmus will be looking to kick on from these results and build towards the World Cup in Japan next year. Indeed, it would appear that the South Africans only have the All Blacks to fear on home soil, with few defeats coming from elsewhere in recent years.

Argentina on the other hand have endured a fairly torrid time of it recently, both at home and away. With two wins and 13 losses in 2017 and 2018, Argentinian fans will be hoping that the arrival of new coach Mario Ledesma with be the sign of changes to come.

Super Rugby has been positive for Argentina in allowing them to get their core players together and developing them. The Jaguares have had some excellent results in Super Rugby this year, finishing 7th and beating two New Zealand sides away from home. Argentinian fans will be anxious to see them convert these results onto the international stage.

Both sides have had a bit of a fall in the World Rankings in recent years, but the home advantage for South Africa should make them comfortable favourites for the weekend’s opening fixture. 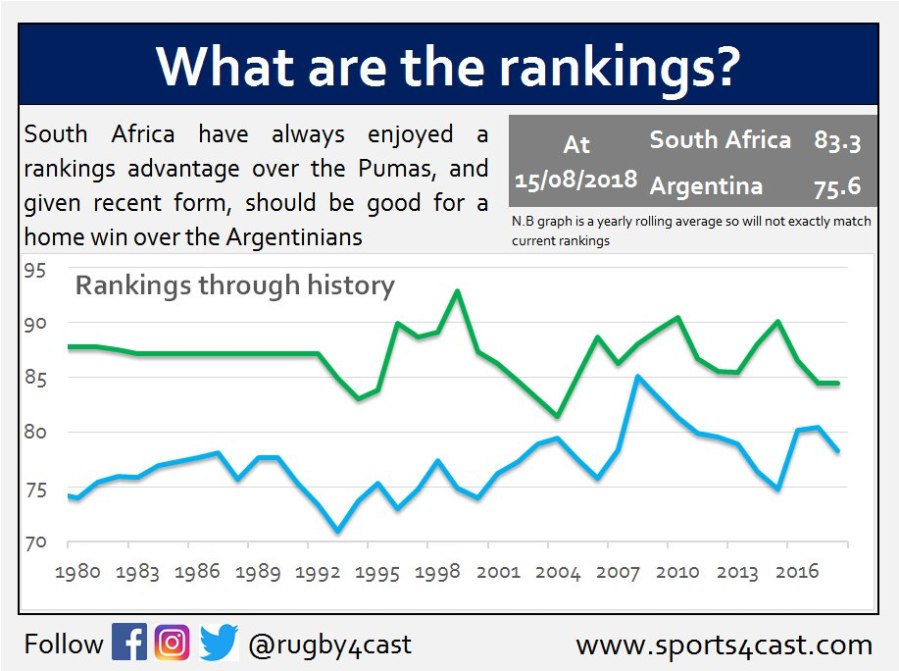